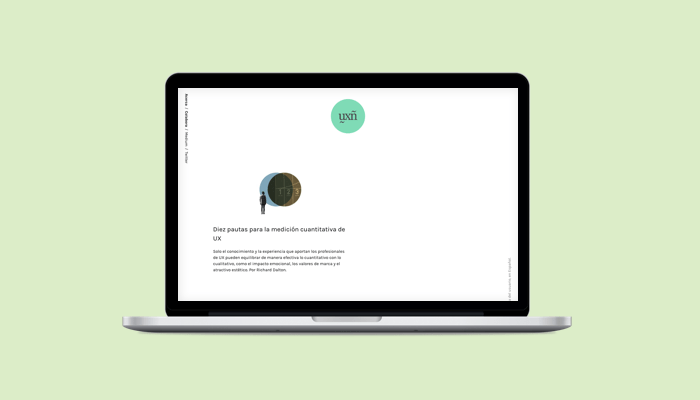 A collaborative project to translate and facilitate the most relevant articles about the design of the user experience in Spanish.
In 2013 I moved from Buenos Aires to Denver. That’s when I realized that all the work I did for the past years was called UX design. Of course, I wanted to know more and learn all about it.
And then I found Fabricio Texeira’s post How UX helped me learn English. In it, there’s a quote that immediately grabbed my attention:
"Every single UX blog or website that my mentors would send me was written in English. Every. Single. One."
Talking to my colleagues back in Argentina, they expressed that learning things in a foreign language gave them frustration and insecurity.
After five years in America, I decided that is time to give back to the community since all I learned is due to the thousands of contributors that help mentor other designers online.
Inclusive literature
Even though there are more Spanish speakers than English, The biggest influencers of this topic write their content in English. And out of the hundreds of skilled authors, I knew that one path was to start writing a blog with my input. Instead, I wanted to reach out to the writers of cornerstone content so they could have their voice amplified in Latin America.

The goal is ambitious: a collaborative project to translate and facilitate the most relevant articles about the design of the user experience in Spanish.
Who is interested in this?
The first step was to identify where do our potential customers linger, and with that, create a screener so we can make sure they were the right people to target. They have to be bilingual; work or study something related to design; have regular use of social networks and; read design-related news at least once a week. The questions we asked them were:
After interviewing five people, we found two major groups, which later on, I turned into user personas: Victoria and Alex.

The question then becomes: What if there’s a platform in which Alex finds an article, he translates it, and then Victoria reads it? A place with enough reach and visibility to create content not only for Victoria but all of the other people like her. Alex -and a community of people like him- will collaborate to bring their expertise into the translations.
What was already in the market
After running a competitive matrices, it turned out that the biggest players in the Spanish UX were contributors that expressed opinions on their own. None of them offered the ability to get to learn from the biggest influencers in the market.
Feature comparison
UI/Elements
Market positioning
When it comes to translations, tools like Google Translate are very proficient with literal translations of words. But what about concepts, terms, synonyms, metaphors? That’s when human, technical experts can help.

I could see an opportunity by bringing reliable author names, so that we could gain strength by recognition.
Making it happen
The primary objective was, with development and marketing, to launch the website by the end of the first quarter of 2018.
The critical (Key) results for this MVP to be successful were:
What features will your users want first?
What metrics will tell you if your feature is successful? When I see the conversion between post views and reads is greater than 25%. Also, when at least 50 people following the content in the first two months after the release.
How will you convince your stakeholders that this is the best order? Explaining that, before taking any action, the user needs to find value in the content. 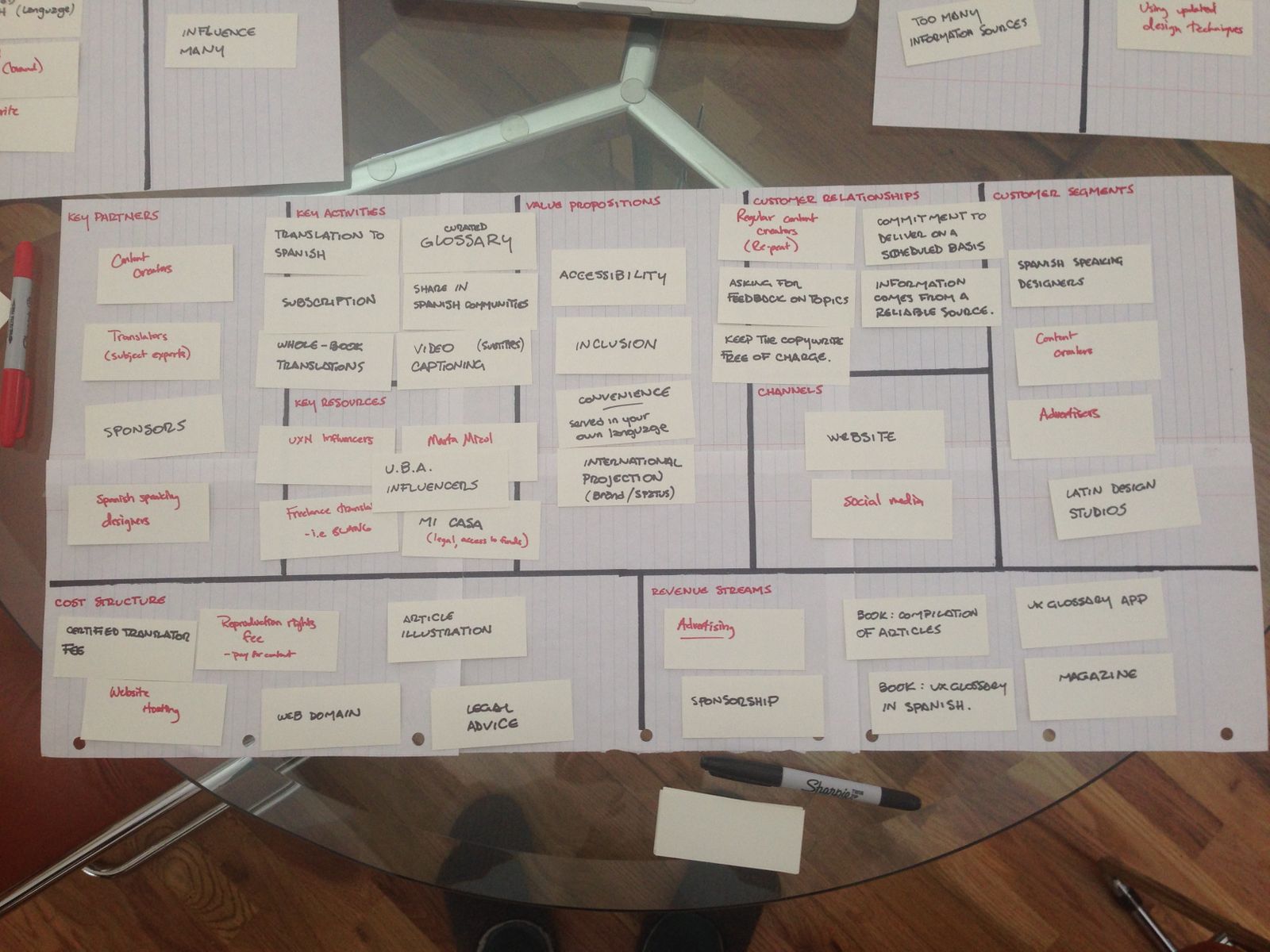 A key partnership for copyrights
When presenting this project to my teachers in General Assembly, the central question was how I was planning to mitigate copyright risks.

During the research phase of content gathering, most of the articles I was willing to translate came from UX Magazine. Because they are in Denver, we interviewed at their offices so I could explain the project to them. They didn’t only like it, but also expressed their desire of collaborating with UXÑ, by giving total permission for translating their content. The commitment was:
After 14 articles posted, no author has complained so far. Moreover, we receive their praise and encouragement to keep doing this job. It is beneficial for them because their names reach our wider audiences, and with that comes the following promotion of their works.
An early shift and its outcomes
When the MVP went online, I tried to post the same content both on the UXÑ website and on Medium. Yes, this strategy involved duplication of material. But the goal was to define in which platform (Uxenie.com or Medium) the readership gained more traction. 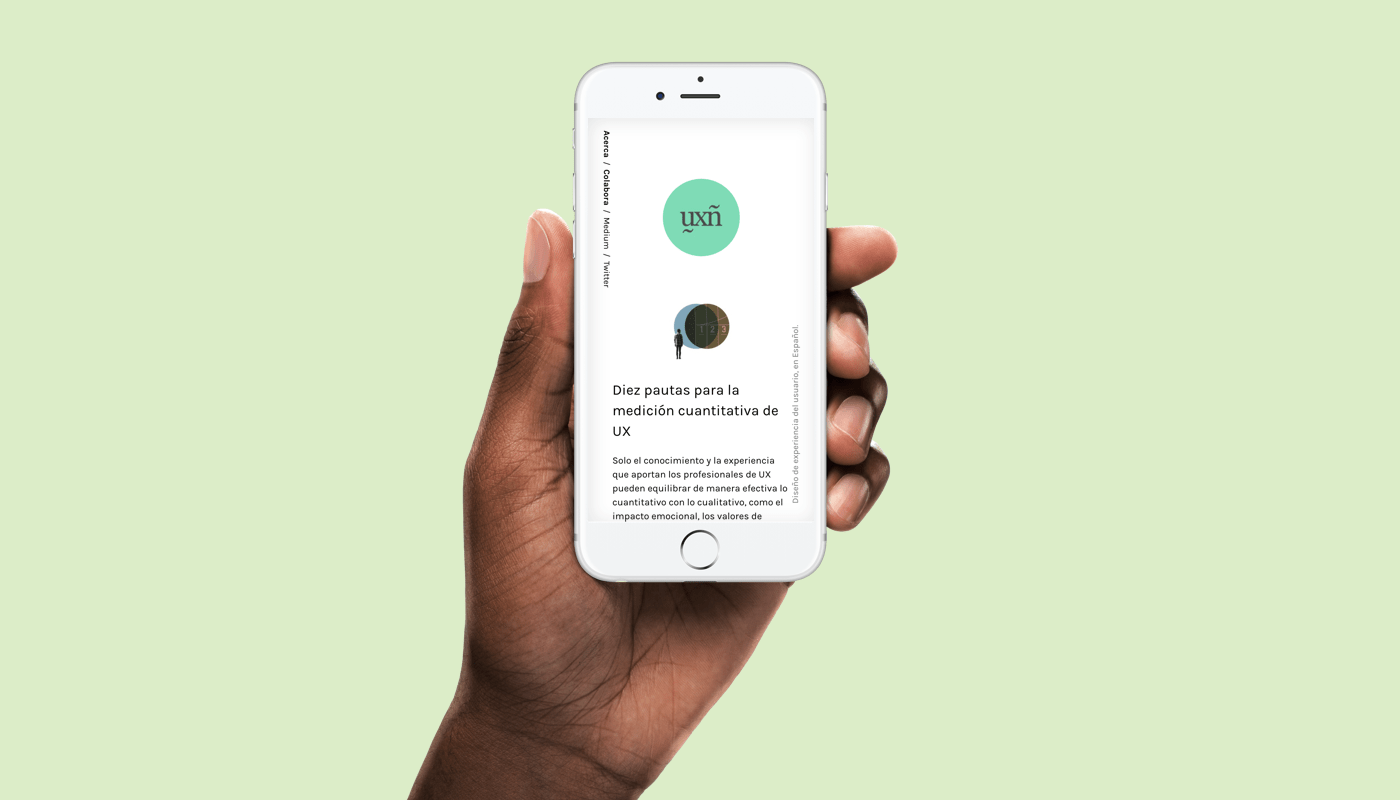 After comparing the analytics of these two platforms, it became clear that Medium was the place of choice, just because it’s where the UX designers mingle. So, instead of having a newsletter, the project rolled back to measuring the number of followers and readers in Medium as an actionable metric.
The website became more of a consultation resource, where we facilitate and tag the articles for a more natural categorization -this is not a feature in Medium. On top of that, we provide context about the project in general, and we have a form where people can apply to collaborate. All of this is development is on a Tumblr site.
At a personal level, this project helped me connect with plenty of people and authors that bring insights on what to translate and how. I found myself creating the illustrations for each post, and that brought me back to my graphic design times, which I genuinely miss sometimes. You can see the pictures posted on my Dribbble page.
It is a pleasure to see the engagement of my colleagues every day. UXÑ motivates me to keep growing an inclusive community in which language is not a barrier anymore.
Additional reading