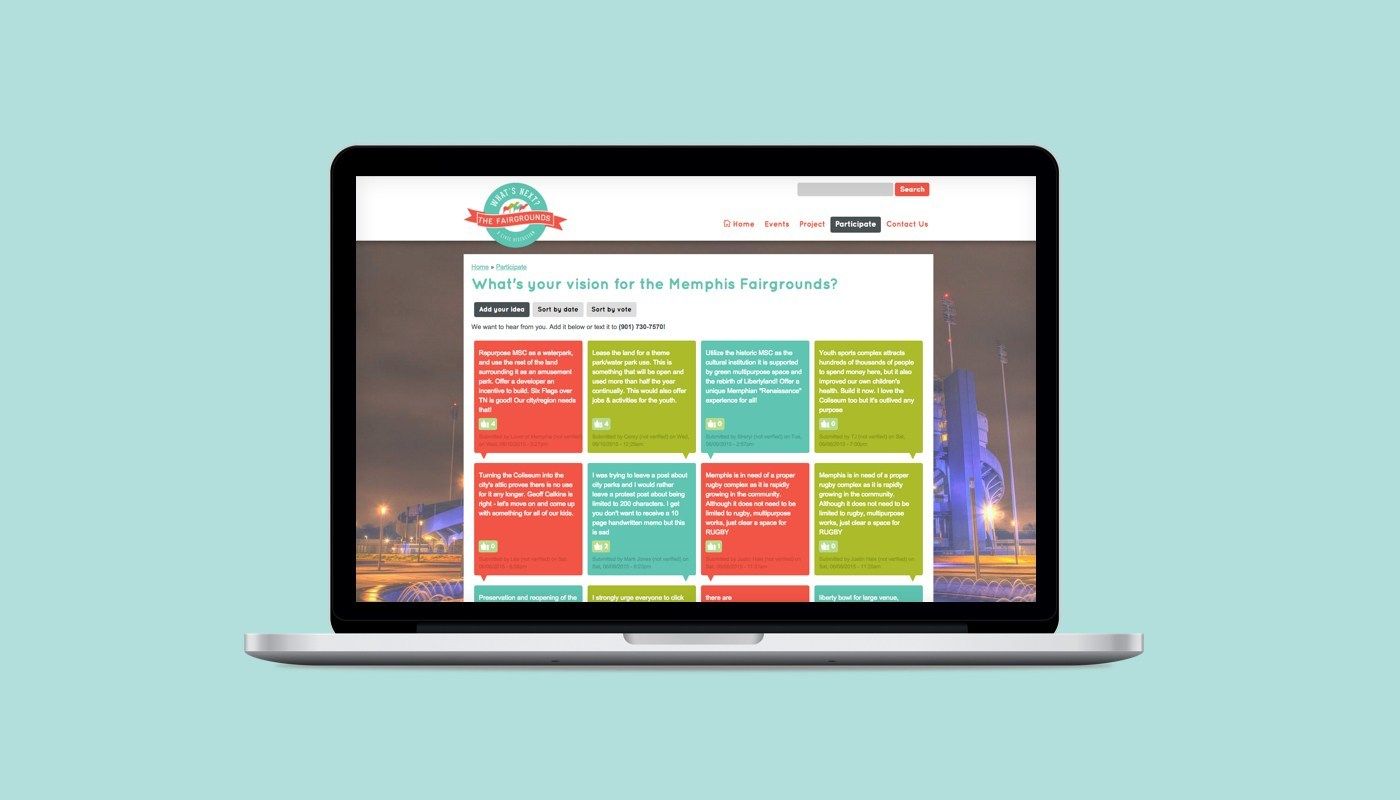 On how Urban Interactive Studio promotes public involvement and feedback from the people on civic projects, with a flexible platform full of apps.

Chris is a nationally-recognized User Experience designer and Online Engagement strategist, with a broad background in local government, urban and regional planning and communication technologies.
These skills, combined with many years of experience in consulting for urban planning projects, are what brings Urban Interactive Studio’s mission – to provide interactive solutions that allow citizens to participate in making our cities better places to live, work and play – to life.

Nowadays more citizens see themselves as role players capable of creating change. There is an increase in the involvement and participation into the decisions that the government makes. After all, this is how democracy should work.
"Democracy is the only system capable of reflecting the humanist premise of equilibrium or balance. The key to its secret is the involvement of the citizen." -John Ralston Saul.
But it can happen that there can be a lack of knowledge from the general population about where to go or what to do to promote change and to have a say. Public engagement is a relatively new term, hardly used before the late 1990s. So there is an educational and cultural aspect that we need to consider when we try to onboard people.

Give community members a voice

In 2016, Chris hired me as a user experience designer with the idea of collaborating in an online tool called EngagingPlans.
EngagingPlans reaches, informs, and involves citizens and stakeholders in public projects and decision making. This one-stop hub forms the backbone of the project communications, keeping documents, events, news and FAQs clear and up-to-date in one accessible location. Give community members a voice and collect feedback via discussions, surveys, or an idea wall.
With that, I have to find a way to customize a white label site and adapt it to the needs of each client. That means working on the look and feel, user interaction, and the functioning of the apps bundled in the product.
So on one side, there is client-specific work related to branding and creating a seamless experience between their official websites and EngagingPlans. On the other hand, tweaks on the apps micro interactions that change globally across all projects. 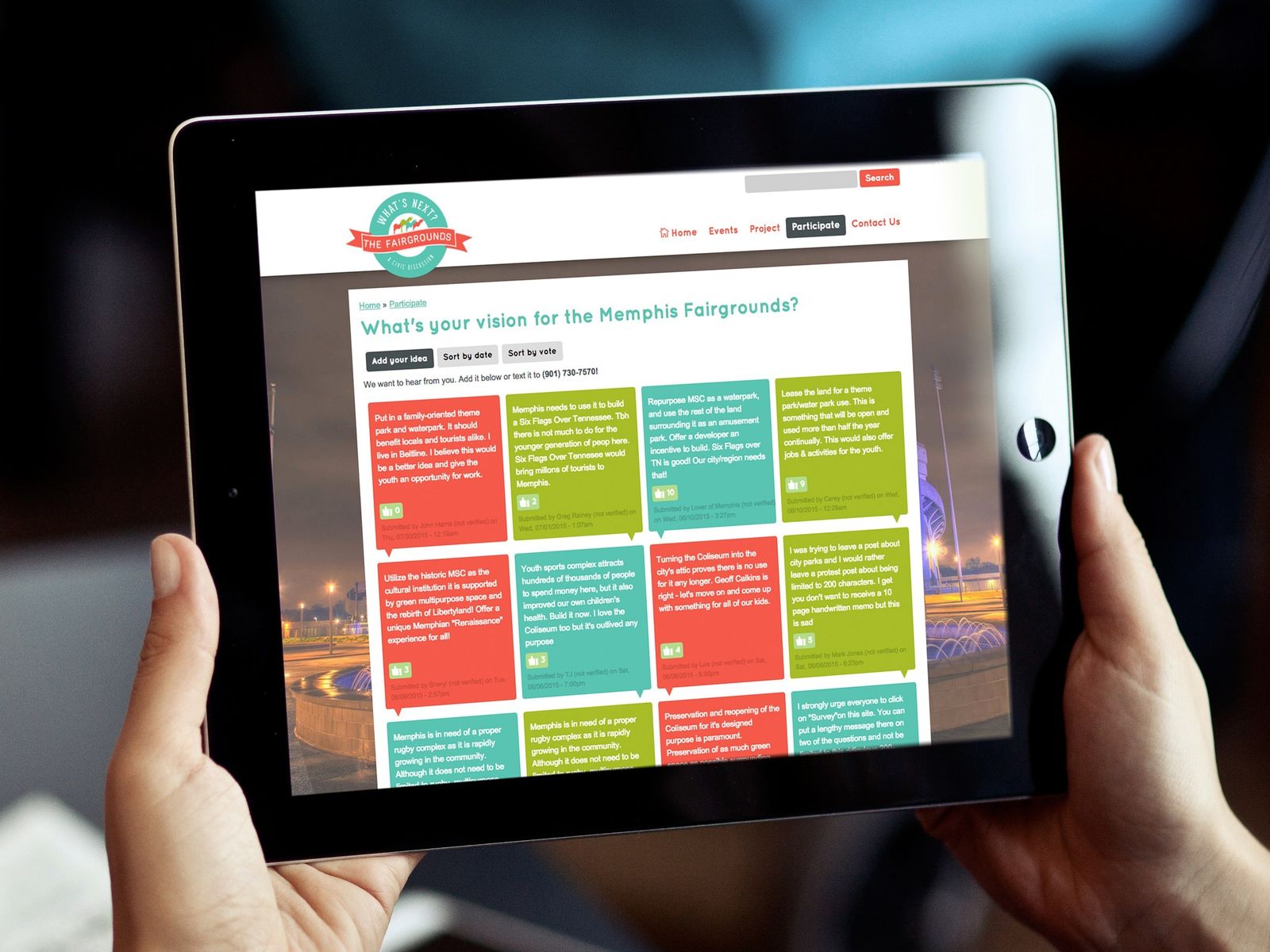 Each meeting with a client is a new opportunity to build value, both for them and for our platform. The user feedback coming from all angles shows you the different perspectives of a product that is meant to be used by the general public. In an environment like this, the number one priority is to ensure that we hear all viewpoints.
Accessibility, what devices people are using, connection speeds. All factors that I needed to consider before even working on the visual aspect of the app. The time spent on user research allowed us to become compliant and ready to tackle this big responsibility which collaborates with the government.

Learn how to generate involvement

Before Urban Interactive Studio, I had no contact with urban planning. My curiosity for learning new concepts made me land in a very supportive and nurturing environment.
Colleagues introduced me to community involvement, so I learned the basic principles of engaging with larger populations. With so many social networks and a culture of sharing is so present, my mind opened up to the creation of a product comprehensive enough that would cater the necessities of more than one user persona.
"The work itself has a complete circle of meaning and counterpoint. And without your involvement as a viewer, there is no story." -Anish Kapoor.
Another whole new world that I landed on is Drupal. Its plugins and modules make it a robust platform, with a limitless possibility of scaling. Still somehow approachable for non-tech users, it allows the activation and deactivation of different modules and apps, and that’s a very convenient feature to have when there is such a variety of clients in your portfolio.

One thing I keep finding interesting in the world of user experience is that at the same time that you have to learn about new technologies, you can’t deny the importance and how crucial the human component is.
In the case of working with different city governments, there is a big player that is beaurocracy. Tight budgets, short schedules. With dozens of stakeholders working in different places and different times and resources. Most of them using a waterfall process of decision, in which the ideas get filtered over and over by various players. Sometimes on time, some others when the project is already online.
So even before starting thinking about public engagement, there is a whole process of engaging all the people involved in the project and get their buy-in. A very long process with many compromises involved, with maybe a bright side that is a compilation of constraints that contribute to shaping what you can do with the whole world of possibilities.

With so many people to cater for, there is a significant need for being flexible. Giving rapid responses, adapting to change the process to meet changing results.
Many times a poll, or a budgeting game initiative has to be changed on the go because the users weren’t using it, or not in the way it was intended. Sometimes the rules aren’t clear, or the website is simply hard to find.
The straightforward approach at Urban Interactive Studio is having the evidence and based on that employing the appropriate tools and technology to shift and pivot to cater the user needs.
That’s why on top of delivering EnglagingPlans, there is also the development of organizing the information of the different projects to educate and also help the audiences understand the context and importance of participating in fixing problems in their community.

How we all contribute

In a democracy, every actor can bring value to the community. This case is not an exemption. By improving the user experience of EngagingPlans, Chris could see how more and more people were participating and making a difference.
Bringing individuals and government officials together in an informed conversation opens the doors to the growing desire of the public to be heard and participate in civic government.
By asking citizens to participate, not only does it keep costs low but empowers citizens, brings together new ideas, and increases mass collaboration. Participation in decision making increases feeling among individual citizens that they belong in their community.