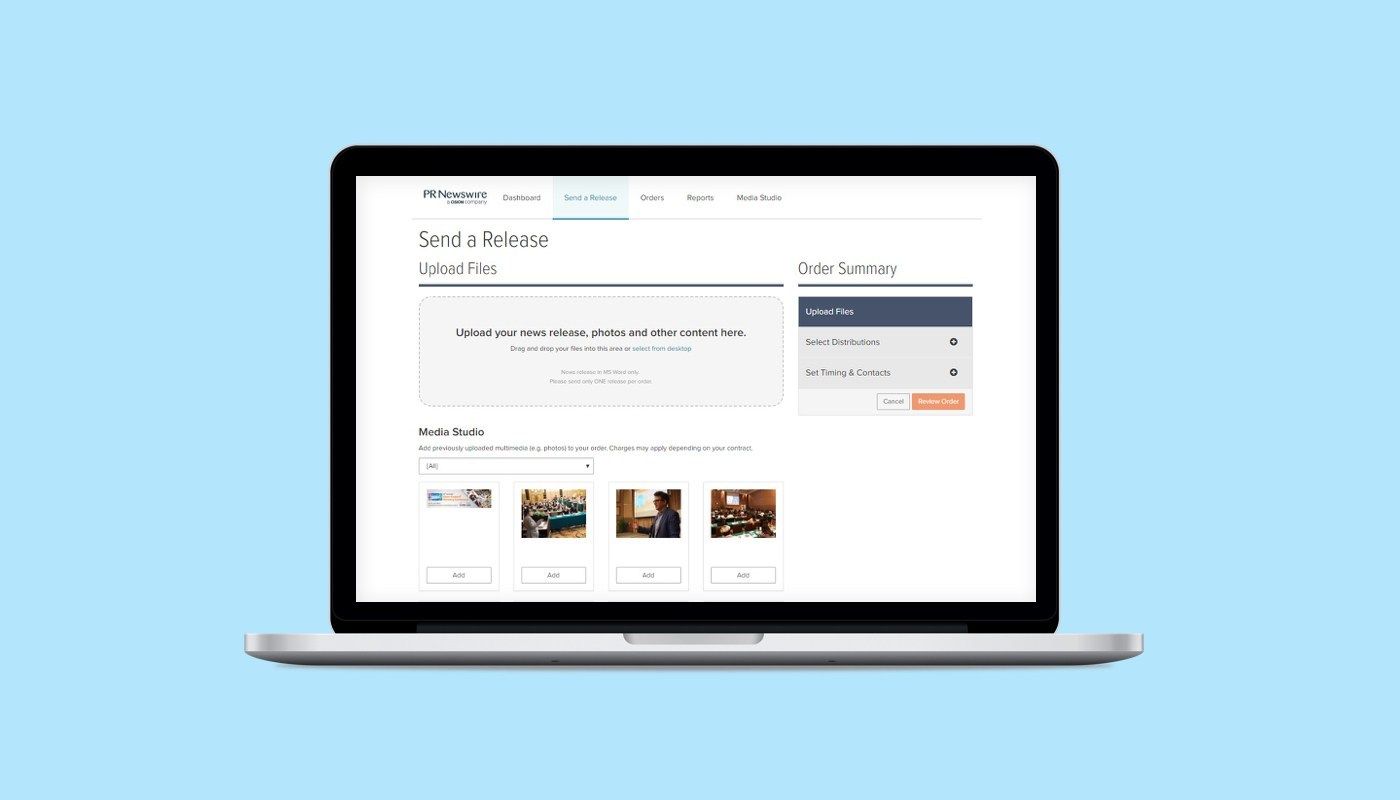 PR Newswire expands to the Asia-Pacific market with a dedicated tool for sending press releases and monitoring the outcomes.
The Creative Group reaches out with the idea of me becoming a multi-disciplinary consultant. My first client is PR Newswire, a significant player in the public relations industry.
The task? Working as the architect, designer, and front-end developer of an online portal that would allow the clients of PR Newswire in Asia to submit/approve press releases and access to post-distribution online media reports on one single platform.
The first challenge was to make the team work efficiently
People involved in this project were dispersed all over the globe. The development team was in Toronto; the C-Suite in New York, connected to the Product Team based in Hong Kong. Our QA team was in India, and finally, we had the UX team based in Denver, Colorado.

Adapting an American product to the Chinese market
With China’s businesses expanding overseas, it became an apparent need for PR Newswire to grow their services in Asia. The company was already operating there, but all their process of working with clients was manual and via email. At the same time, the system used in the Americas was not compliant for Asia. The list of reasons was extensive:
The objective was creating a new portal for Asia, which would work as a test run for the redesign of the app used in the USA.
For that reason is that all the design for the Asia Portal started with researching clients from the US giving us their opinions on their experience with sending press releases. Some of the initiatives were:

The results showed that even though people were willing to learn a new system, they didn’t want to lose the human touch and guidance from the account representatives.
Product goal: grow the business, and reduce manual interaction
Through the online portal, customers can submit and approve press releases for distribution, track order status and history, and access online media distribution results. Companies can disseminate corporate press releases more conveniently to reach over 300,000 media outlets in more than 170 countries via PR Newswire’s global distribution network.

Each client can have so many configurations in their contracts, that most of the time spent developing the product was all about identifying the different user flows and possible scenarios.
There is a whole variety of customer journey maps and card sorting exercises co-created with the entire product team. Even when it’s impossible to avoid having the client reaching out to customer support, our number one goal was to provide the necessary tools for problem-solving without having to make a phone call.
Even though we aimed at a self-servicing tool, customers didn’t want to lose their close and personable touch with their account representatives.

Design
By the time I arrived at PR Newswire, they had outsourced the design to Hard Candy Shell, a consulting firm based in New York. It happened that the prototype was static and there were so many new features we couldn’t accommodate in it. That’s when I started tweaking the interface to align with the new business requirements and results from user testing. 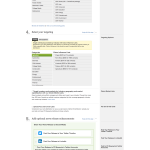 OMC, the platform used in the Americas 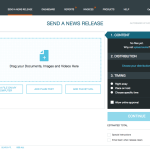 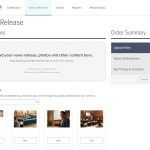 Final version, with new features and branding
When the project launched in 2017, the look-and-feel was utterly different. Along with the launch of the online portal, there was a redesign of prnewswire.com. Moreover, for that reason is that I had to import all the graphics styles and bring all the interface elements of the rebranding to the project.
Typographic issues
The font choice for the rebranding of PR Newswire was Proxima Nova. But we also needed to accommodate for Traditional and Simplified Chinese. Since there were no Chinese characters from Proxima Nova, we defaulted to the system fonts. So this added the complexity of having to try a responsive design in three different languages to make sure that nothing was out of place.

What I have to say is that the QA team was so supportive! Even when we had to wait 12 hours to receive feedback from the other side of the globe, they would make sure that there were no inconsistencies between the language switch.
Banned scripts
The Asia Portal was built with Angular JS, on a Microsoft Azure platform. Even when I was not technically responsible for fixing this issue, the dev team had to find turnarounds for applying Google scripts that couldn’t be applied in China because of the ban.
Key features of the online customer portal include: 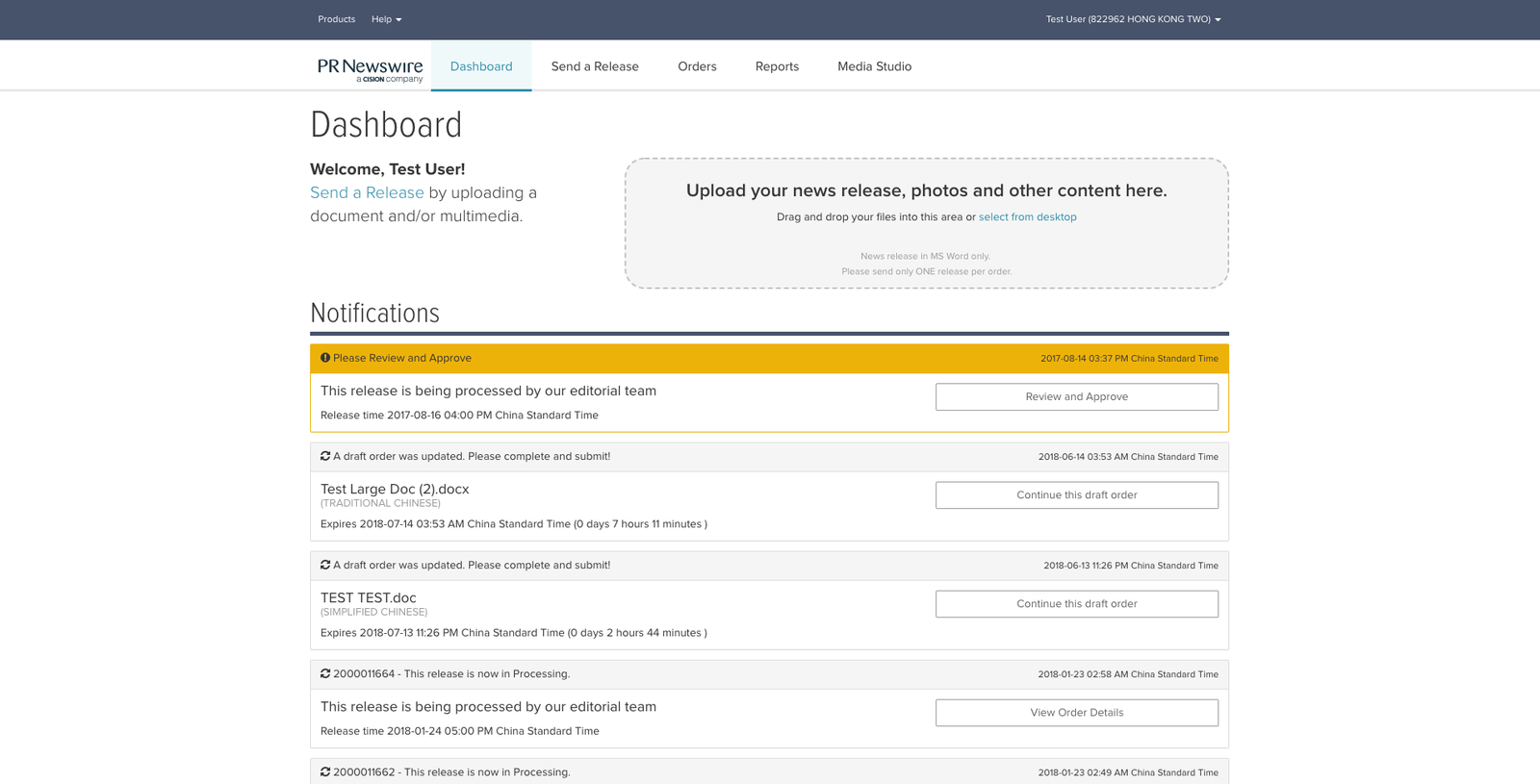 This is the home page, where you can take quick action on what’s most important. It also includes a drag and drop zone to quick start the process of sending a release. In the usability testing sessions, we learned that the first thing people do is attach a text document.
Outcomes
Here you can find some highlights presented in the Cision Town Hall from April 26, 2018: 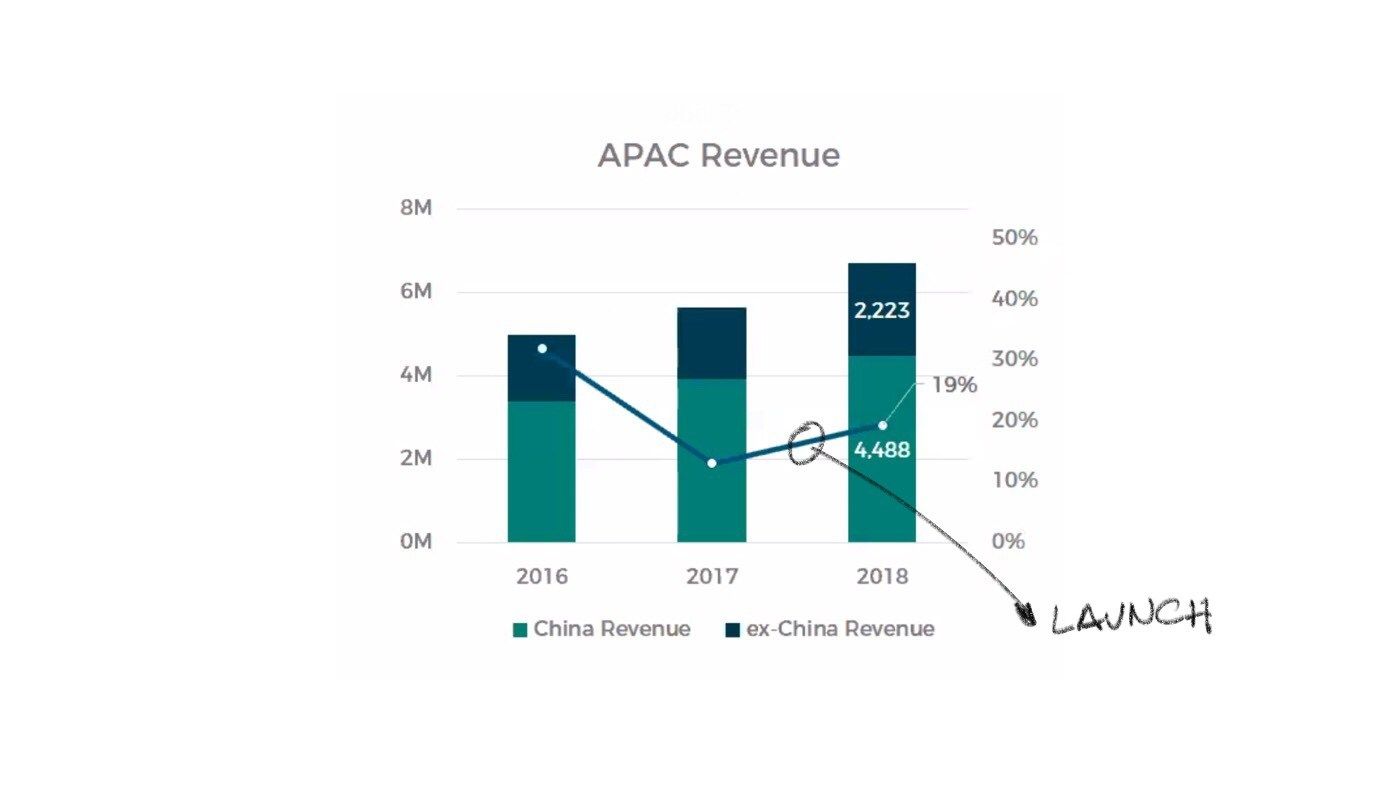 The Asia Portal didn’t only reduced the manual interaction and allowed the product to scale. It also made users cross-buy other products from Cision as well.
With the success of this product also came the acquisition of PRNewswire by Cision. The company went public and selling their flagship app, the Cision Communications Cloud. In this comprehensive tool, users would not only be able to send press releases but also find influencers, monitor the news, and analyze their results.
This got me busy during 2017 and 2018 working on the Global Portal initiative; the integration of the Asia Portal inside of Cision.
Additional reading