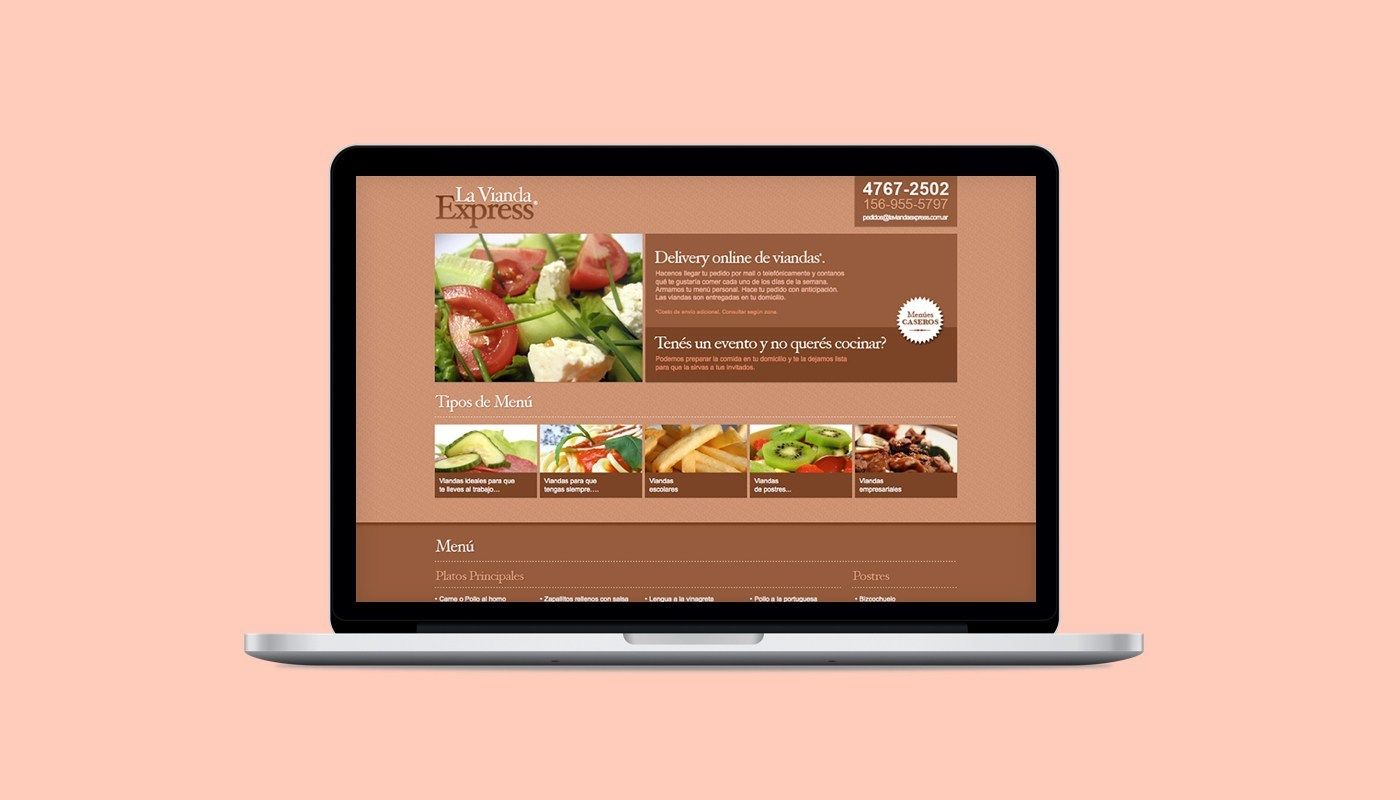 Carolina loves her mother's dishes. She thinks it's time to spread the word and offer a catering service with the flavors of home made.

Carolina loves her mother. She supported Carolina during her entire career when she wanted to make her dreams come true and become a college graduate. And now it was time for Carolina to give something back to her mom.
After spending many years studying economics, Carolina felt that she could apply some business ideas to her home and leverage a family business that worked silently for years.
Her mom was an excellent cook. She used to do it for the whole family, and then when the children started migrating she prepared meals for close friends and neighbors to take to work.
What it began as a hobby became a passion that made her reconsider retiring and working full time on preparing delicious dishes to young professionals who didn’t have a chance to make their own. And that were looking forward to eating something homemade and nutritious.
So what about expanding the business and offer these meals to a broader audience? That’s when Carolina contacted me because she was looking to creating a site that would allow new people to get to know about her mom’s meals.
"Security is mostly a superstition. It does not exist in nature, nor do the children of men as a whole experience it. Avoiding danger is no safer in the long run than outright exposure. Life is either a daring adventure or nothing." -Helen Keller.

Time to get exposure

Carolina and I got together to work on a business plan that she previously defined. Using the concept of homemade and approachable, we focused on a warm graphic style and a name for the company. There were some high-quality pictures around displaying the meals, so with that, we pretty much set the foundations.
We appealed to creating an aesthetic usability effect to create affect and emotion. And transmitting the idea of a small business, but with the warmth of a mother’s touch.
The budget we worked with was pretty tight but moved forward with our time and technology constraints. Using the web as our number one platform of choice, we went with the most valuable product. We created a single page website that displayed the meal menus and the contact information as the primary call to action.
Good design means that beauty and usability are in balance.
An object that is beautiful to the core is no better than one that is only pretty if they both lack usability. So in one hand, we put the emphasis on conveying feelings. On the other, we tried to keep the approach as minimal and action-driven as possible.

The right experience for the right people

With the launch of the page, it was time to prove Carolina’s assumptions. The only customer feedback we had was from the friends who were already enjoying the is meals. So there was so much bias that everything they told us we took it very lightly.
We worked on creating a service blueprint. So we built a map that displayed all the touchpoints of the consumer with the brand, as well as the critical internal processes involved in it. With this map, we visualized the path followed by consumers across multiple channels. And with that, we started thinking how we could improve the flow.
The target wasn’t the consolidated users, but people in offices who might be interested in acquiring this service. Word of mouth became the tool of choice, in work environments were the individuals who ate these meals for years would recommend to their colleagues.
Consolidated users became the main channel of distribution. That means our test subjects became the resellers of the product. Their exposure and experience with the service made them go outside and recommend La Vianda Express with extreme confidence.

Growing without losing your essence

With the growth of the clientele, some issues arose. New people didn’t either know nor care about Carolina’s mom story. They were going for the product, and not the story. So they required variety, and to be informed of the menus beforehand.
Food allergies and different types of requests were also important factors to consider. Carolina’s mom was an excellent cook, but she didn’t want to deal with the sales.
Without exposure to potential failure, there is no risk.
So her daughter took over this project as a part-time thing and ended up realizing that with such short budget and being the only one dealing with the business, it was becoming too much for her.
We predicted this scenario in the planning phase. But Carolina still dared to take the leap and try to make her mom happy, allowing her to retire and dedicate fully to doing what she loved most.

The bright side of keeping your business small

La Vianda Express kept going for a while. I’d say a year or so. Of course, at that point, I was no longer part of it since the small budget didn’t take into account the follow-up in time.
But the reason I present this story to you, it’s because as Hellen Keller said: Avoiding danger is no safer in the long run than outright exposure.
Carolina and her mom tried to complement each other not to generate a substantial income, but as a way to exploit their potentials and merge them into something they’d be happy and proud doing.
When they decided to roll back the idea of generating meals by the dozens, and went back to the base, they could see the advantages of smaller groups for minor problems.
Working collaboratively and with a tight budget makes every step more meaningful, and turns you into a more resourceful person. Life is a daring adventure, and it’s better to experience it with the people you love.