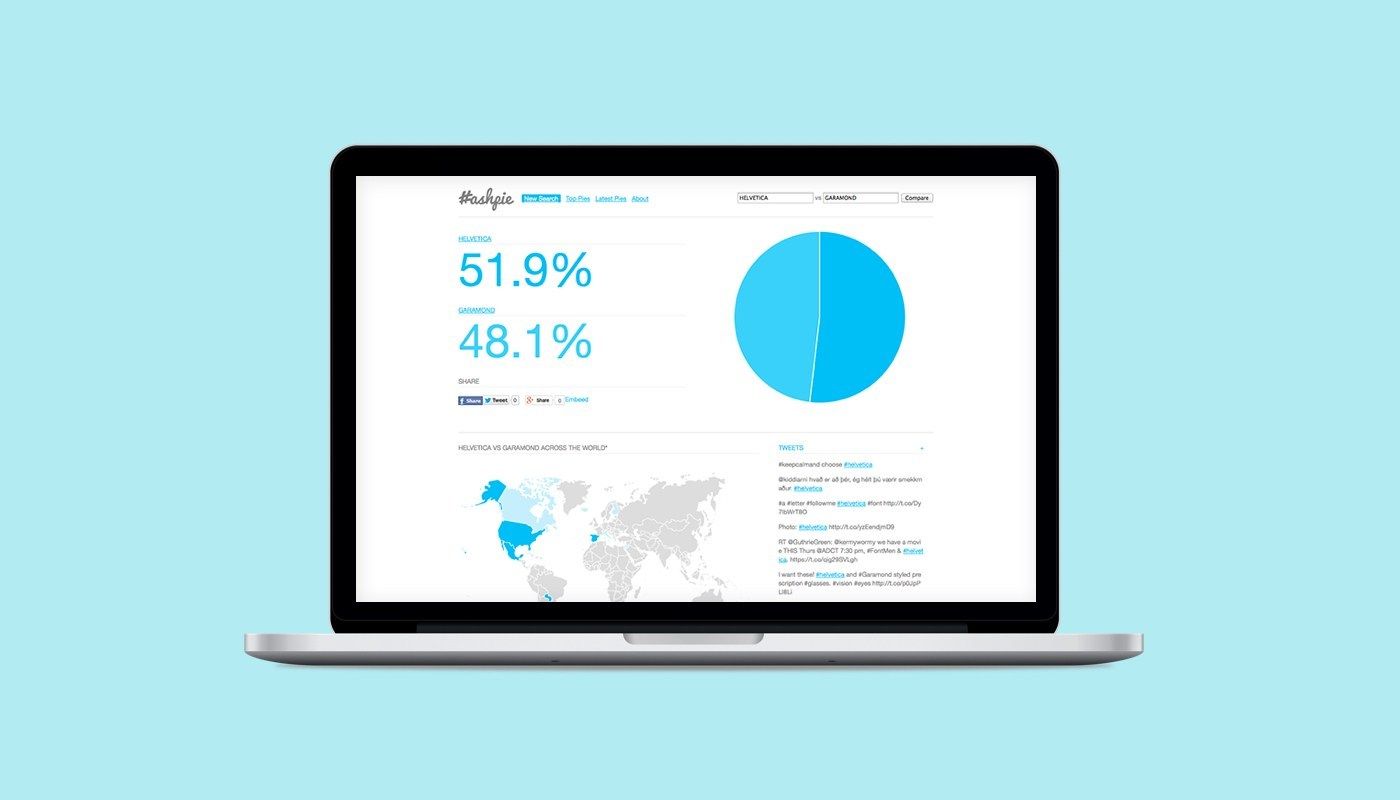 An exploration of the Twitter API so marketers and academics can get quick insights to make data-driven decisions.

Working at Web360, Fernando and I would hang out together to share our passion for design and development of products. His role there was in software development, while I was more involved in user interface design. However, when discussing ideas, neither titles or job silos were of importance.
Those were the times when the concepts of quantified-self lives and data visualization were booming. Charts, graphs, and mining of big data sounded like an exciting field to learn and work.
So one day, we found the last piece of motivation we were looking for: a competition created by the developers of the javascript chart module we were using. The goal was to use a dataset and make a graph out of it.

Mostly out of passion, but we wanted not only to generate a chart with big data but also making it organic, populated with mined data from users behavior.
That’s when we got familiarized with the Twitter’s API.
We researched the capabilities of it, and also what other websites were doing it with data from Twitter. After crafting a competitive matrix, we could see a significant usage of hashtags. But all these potential competitors were paid services. And they were for analyzing the behavior of one hashtag at a time.
What if -we thought- we make it so people can compare between two different hashtags?

All the things we ended up implementing

The goals of Hashpie were the following:

We always had in mind a broad target audience. And we thought we could create a tool to perform the following:

There was an extensive list of data we pulled from Twitter. With that we created the following outputs:

After having all these features up and running, we also added the ability to export the charts as images so our users could share the results in the social networks, or even use in their presentations.
Money from our pockets funded all this project, so our little intention of monetizing it was by placing some unobtrusive Google ads on the sidebars of the results page. To be honest, that didn’t gain too much traction, although it was never a concern for us.

All good things come to an end

It took us around two months between design, coding, and implementation to have Hashpie live. It lasted six months, with people making 1,110 comparisons and doing 25,000 views.
There were so many fresh ideas in our product roadmap, but then, the unexpected happened.
Twitter updated their API to their newest version, and that included restrictions to the number of calls that you could do to their servers. They also improved their privacy policy, restricting the data points we could fetch.
Hashpie became obsolete, so we decided to shut it down. However, it will always be remembered by us as our first step in data visualization. Placing speed first and aesthetics second, we created a product with a big reach for the time it was online.