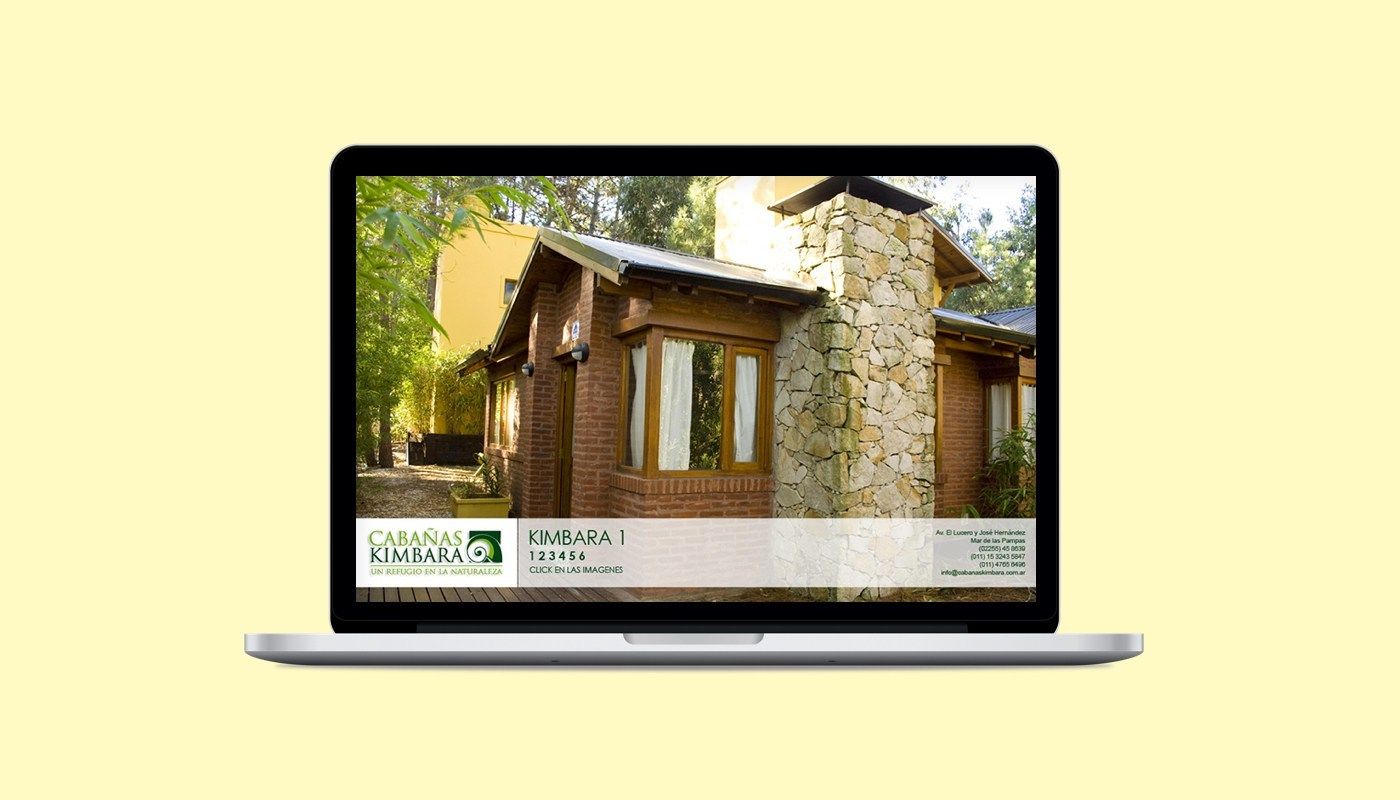 After acquiring rental cabins in between the forest and the beach, Marcelo tries to sell not only amenities but also the feeling of freedom and relax.

There is a place between the forest and the beach. It was growing rapidly, and Marcelo knew about this.
I am talking about Mar de las Pampas, which in the early 2,000s exploded with new houses, and as a destination for people to find a break from all the other overpopulated places in the Argentine Atlantic coast. All of a sudden it became a desirable place, with more and more people interested in spending their holidays there.
Through friends in common, there was an opportunity for Marcelo to acquire these cabins in the middle of the woods with Kimbara as the name. He has always been eager to do new business and seek new opportunities, so this situation seemed ideal for him. Now the question was how to deal with it.
Marcelo had previous experience managing a hotel in Buenos Aires, but this was a whole different game. However, his insights were more than useful to me. After several years of dealing with people, he knew that staying at a hotel is an experience in which the customer service plays a critical role in the overall user experience.

It’s all about the personalized follow-up

People he needed to convince were mid to high-class family dads, who were too busy working all day long in the crowded city of Buenos Aires. The offer was an opportunity to disconnect from the daily life of the big city.
The challenge was figuring out how to make it work on the distance and seize the opportunity of living in the capital. Being the owner of Kimbara was not his only occupation, and all of the other jobs required his presence in Buenos Aires.
Even though he couldn’t be all times at the cabins, being in Buenos Aires allowed him to be in direct contact with prospective customers and establish one-on-one relationships.
"Real estate investing, even on a very small scale, remains a tried and true means of building an individual’s cash flow and wealth." -Robert Kiyosaki.

The cabins’ configuration was very simple. The services provided were basic: someone would clean your sheets, and you would arrive finding a basket with products for the bathroom and breakfast.
To complement this, the biggest upsell was the experience of being in the woods with the silence of the environment. Hence, our plan was to show not only the building but everything around it.
We create the branding starting with a logo shaped like a seashell. We thought of the feeling when you put a seashell in your ears and can listen to the sound of the sea, no matter where you are. That was the impression that we needed to transmit. So when you’re looking at the branding, even if you’re in the crowded city, it will bring your mind to the peace and calm of the ocean.
Pablo, a colleague from our team, was a photographer. He traveled with Marcelo to the location to take all kinds of professional pictures. They were walking alongside, and on top of portraying the space, he also took notes on the vision and value proposition of Kimbara. These materials were crucial for us to sit and elaborate a plan regarding the website.
When we performed a competitive analysis, at that time most websites had small images with a lot of generic words. Instead of doing that, we took the approach of generating fullscreen background images, as little text as possible. The website was supposed to transmit a feeling.
For further information, they had to be in touch with Kimbara. Because here is when Marcelo comes in play to speak with the potential customers and tell them the story and transmit the general feeling.

The downsides of a quick expansion

Fortunately for Marcelo, this strategy worked right away. His network and the SEO we performed in the website had him having to deal with a lot of calls with people being impressed at the imagery. At this point, the money was almost secondary.
We proved what Uma Karmarkar and colleagues concluded when they experimented about how our brain determines if the product is worth the price:
When the product came first, the decision question seemed to be one of ‘Do I like it?’ and when the price came first, the question seemed to be ‘Is it worth it?’
The business requires taking care of all the collateral. People were paying a lot of money, and they had high demands. Some things are hard to do when you’re so far away from the cabins, so even if they’re doable, they bring a lot of stress on your shoulders.
The growth required his presence on the site. And that could have been doable a couple of years ago. But this time he was expanding his family, taking care of the other businesses, so that was not a possibility.
One of the takeaways of this experience was that we should not praise to an only savior when the project requires the interaction of multiple people and factors.
By being the bottleneck, there was little opportunity to scale the business at that time.
The clientele we pretty much established, so there was not a significant need for reaching out to new people. For a couple of years, this was the situation of the business.

A win-win situation on the horizon

Kimbara never stopped growing. And one day because of that, Marcelo got a call from this investing company interested in buying the cabins.
With already an established reputation, the price of the cabins doubled. The project was taking more time than he wanted to spend, and the opportunity of reselling a valuable brand with added value seemed like the perfect opportunity for him. Real estate investing proved once again to be a good source of income.
By designing a plan, it’s not that we only generated income; we created assets that generated the income.
After the sale of Kimbara, my team and I were no longer connected to the project. The transaction included all the rights and the website, which was eventually changed, along with the whole branding.
It helped to grow the business, and we used this case as a good example as an explanation that branding goes beyond aesthetics, and it involves a whole strategy in which multiple factors interact. And the feeling is a vital part of the user experience.